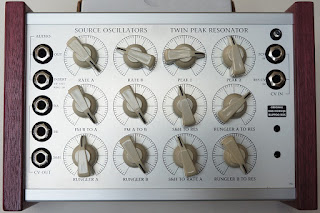 Ah! The fabled Blippoo Box. There are many adjectives that describes the sonic character of the "bent by design" box : organic, unique, chaotic, unpredictable, etc...
But you really have to play it once to have a small idea of its potential.

Rob also offers a banana version of the Blippoo Box for those who want to interact with their Buchla/Serge/Banana systems. 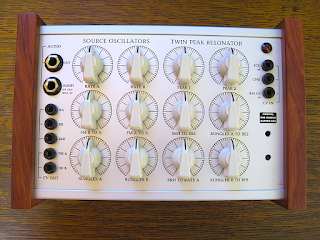 But the most complete and deeply instructive article about the Blippoo Box is in the Leonardo Music Journal issue #19 of 2009. Be sure to read and own it. Wonderful explanation about the concept and the design of the box.

Here is the flowchart of the Blippoo Box. 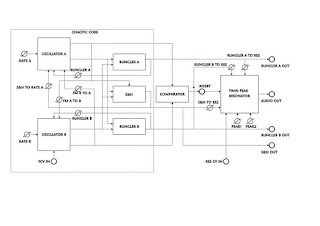 Check the Blippoo Box and Blippoo hashtags on Instagram for short videos of the box.

Also Youtube has some great gastric sounds. Check for more.